بیانیہ پیغامِ پاکستان Terrorism is a global menace, not restricted to any one race, religion, faith or country. Many countries have suffered form this nuisance, Pakistan has suffered heavily with nearly 70,000 killed and $126 bns  loss to economy moreover over 4 million Afghan refugees creating social, economic and security problems [Still there are 1.3 Million]. War against terrorism and extremism is to be …

END_OF_DOCUMENT_TOKEN_TO_BE_REPLACED

نیشنل ایکشن پلان A twenty Points National Action Plan (NAP) for countering terrorism and extremism was chalked out by NACTA/ Ministry of Interior government of Pakistan in consultation with the stakeholders and approved on 24th of December, 2014 by the Parliament. After the National Internal Security Policy 2014, it was the 2nd consensual policy document …

END_OF_DOCUMENT_TOKEN_TO_BE_REPLACED

Humanity is one, people should excel in good behaviour, fear God, Allah says: “O people! Behold, we have created you from a male and a female and have made you into nations and tribes so that you might come to know one another. Verily, the noblest of you in the sight of God is the …

END_OF_DOCUMENT_TOKEN_TO_BE_REPLACED

Terrorists do not differentiate between Jihad and traditional wars. The concept of Jihad is monumental; which encompasses personal and social aspects of Muslim’s life. This process continues throughout the life in various forms. One of which is (قتال qital، combat), which under specific circumstances is the responsibility of the State. On the other hand, for …

END_OF_DOCUMENT_TOKEN_TO_BE_REPLACED

The Unanimous Fatwa issued on May 26, 2017, addressed the major concerns and questions: 5.1 Request for Fatwa (Istifta) What the Ulama (Religious Scholars) opine about the issue of continued involvement of certain groups in insurrectionary acts against the Government and Armed Forces of Pakistan. In the name of implementation of Shari‘ah, these groups allege …

END_OF_DOCUMENT_TOKEN_TO_BE_REPLACED

Pakistan is in a state of War, the enemy has launched Hybrid Warfare against sole nuclear Islamic Republic of Pakistan. The Khawarij Takfiri terrorists of TTP, Daesh, ISIS and other such groups are soldiers of anti Muslim, Anti Pakistan powers. The present turmoil and wave of terrorism in Middle East, North Africa, Pakistan and Afghanistan should be viewed …

END_OF_DOCUMENT_TOKEN_TO_BE_REPLACED

It can be said that the stage this strand of extremism is in the West (or the stage Hindu extremism is in India) is what ‘jihadist’ extremism was in Pakistan some 15 years ago. It’s a confusing stage in which many sections of society and even the intelligentsia are willing to buy into the victimhood claims of the extremist groups and even act as their apologists. As a result, the state and society spiral down in a flux of confusion and inaction, especially when politicians and influencers — who were once on the fringes of society — begin to cultivate and organise the growing extremist sentiments as a constituency.

Indeed, as Olivier Roy predicted, extreme ideas and groups eventually get engulfed by their own fires. But western countries now facing the spectre of white far-right violence should not wait to address the problem. Before extremist ideas burn out, they leave behind a trail of death and destruction. Because, remember, before the state and government of Pakistan finally decided to act against major terror groups, over 70,000 Pakistanis had already been killed in the nihilistic flames of the extremists.

The Trump administration has given up all pretence of objectivity and declared ‘war’ on ‘radical Islamic terrorism’. This anti-Muslim focus has been eagerly embraced by India and several other states which face internal Muslim insurgencies.
The global counterterrorism campaign has had mixed success. Al Qaeda is greatly diminished and the militant Islamic State group has been territorially defeated. But insurgent Muslim groups have sprouted and spread across the Middle East, North Africa and beyond.

Unfortunately, under the cover of countering terrorism, the state suppression of the legitimate rights and freedom struggles of Muslim peoples, as in occupied Kashmir and Palestine, has intensified. Some Muslim communities, like the Rohingya, have suffered genocide. Some, like the Kashmiris, face the prospect of a Pakistan-India war or genocide if the Hindu fundamentalists in India persist in their plans to colonise them. Meanwhile, the continued occupation and oppression of the Palestinian people, and even the Israeli usurpation of holy Jerusalem, no longer moves the world’s conscience. 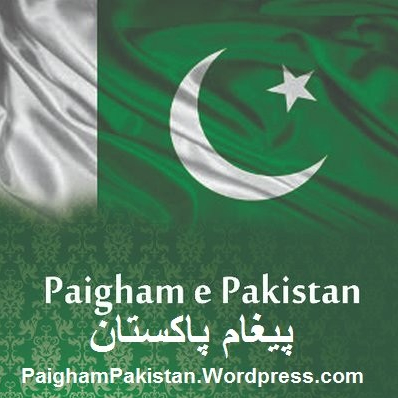